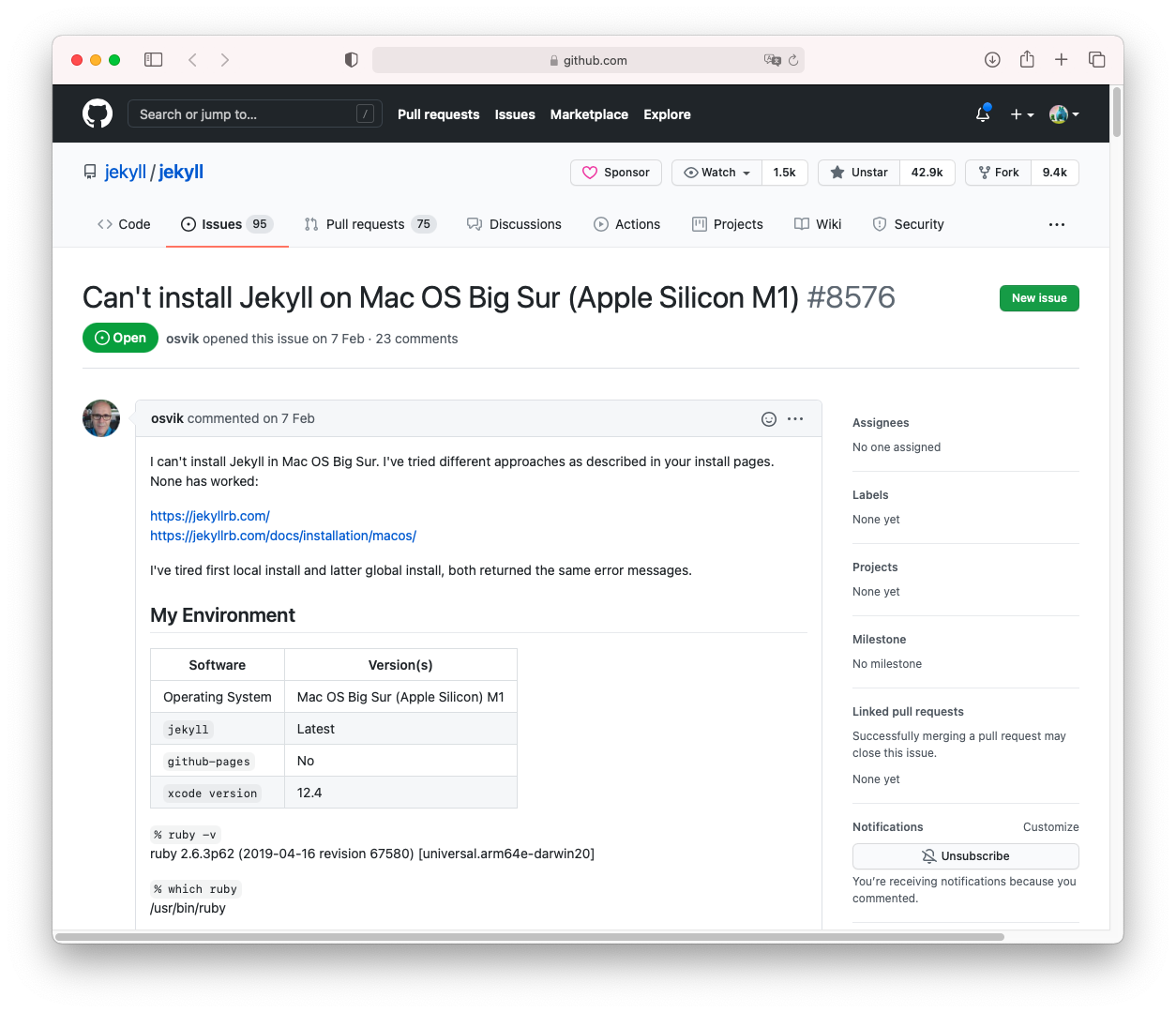 Here is one of the original issues raised by Apple Silicon users to jekyll Github repository.

Do this if it is not already installed, for all good reasons not only sake of install Jekyll

The original trouble with Apple Silicon was originated with difficulty of having V3 Ruby installed properly. ALWAYS avoid messing around with OS shippped packages including python and ruby, let brew take care everything you need.

Then switch to use the new Ruby version by default:

So far you have all the prerequisites for running Jekyll 4.2. Now you can install it:

cd into your project folder and run

Misc to care about

When you get all $PATH correct, your Jekyll should run now.

Comment if you still were not able to get it running, so that someone in the community may have a look.

A web App developer and a cloud infrastructure enthusiast. Formerly a petroleum geologist.